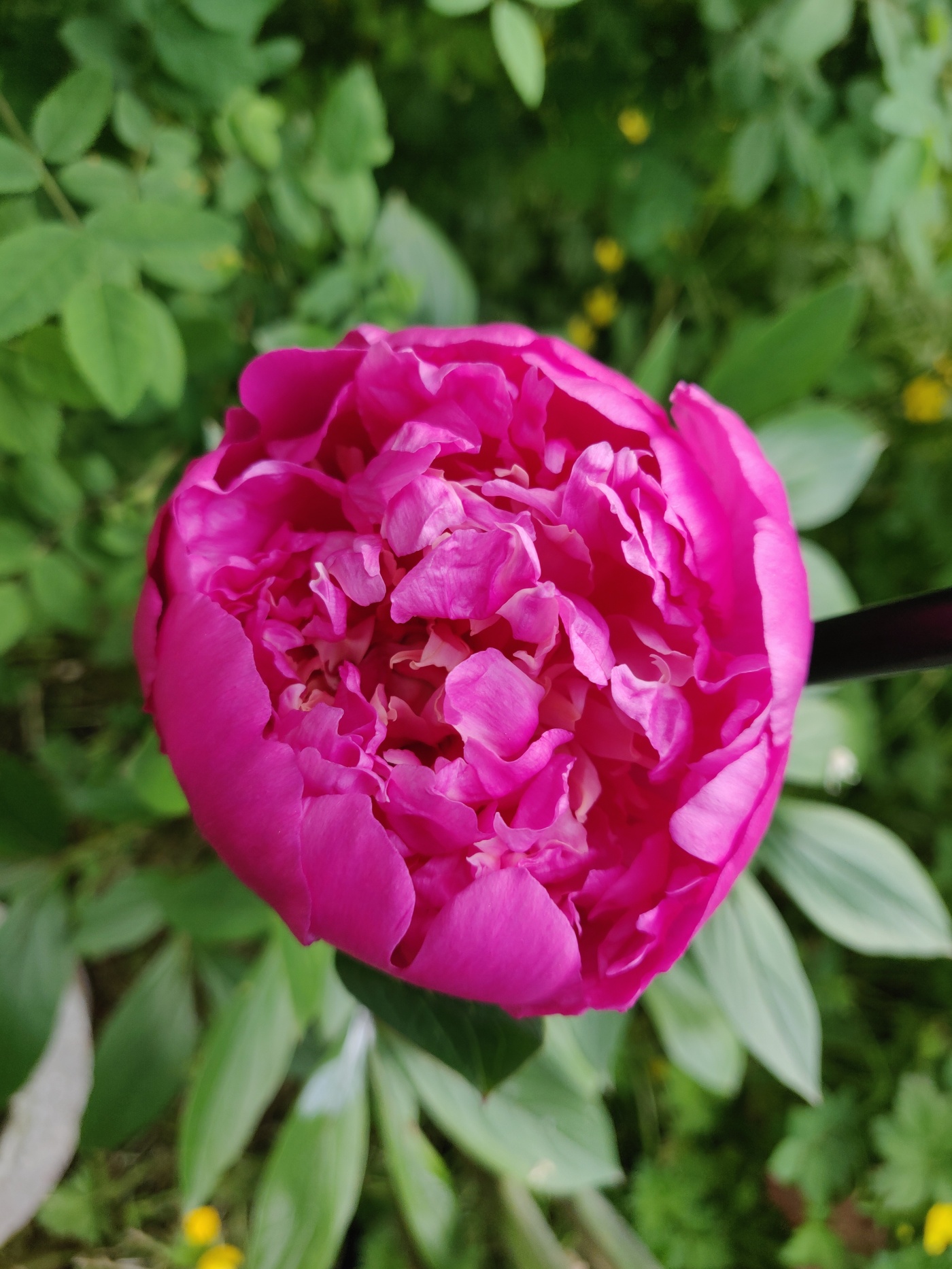 If you’ve known me for even a little while, you know that I love to garden. And while my friends get excited about their bumper crops of tomatoes, I get jazzed about flowers. Adjacent to my house in the back, I have a hillside garden that includes calendula, honeysuckle, and Grandma Hazel’s irises from Nebraska.

In the front, I’ve created a secret garden. It includes Nootka rose, Oceanspray, and red-flowering currant, plants that I ordered from the King County bare root sale that are now large, flowering, scent-filled bushes. Plants that started just a few years ago as ugly, barren, and thorny sticks now stand taller than me and lure fuzzy yellow bumblebees with their intoxicating blooms.

The Nootka rose has given me a natural wall of privacy from the road and my neighbor’s yard. It produces shade that invites my dogs to lie in the grass and cool their bellies. The red-flowering currant has bright pink flowers in the spring and juicy black fruit closer to summer. The white blooms of the Oceanspray live up to their name because they produce frothy-looking sprays of creamy white flowers. They attract butterflies and other beneficial insects and provide cover for birds and bunnies.

Mother’s Day weekend typically brings warm weather and sunshine, and I look forward to disappearing outside for hours. I enjoy putting on my gloves and tattered sneakers, walking around our weed-filled yard, wondering where I’ll start to work. I often bring a hot cup of coffee and a large glass of water and tie one of the dogs nearby to keep me company.

This year I started in the front. I clipped back the Nootka roses that had gotten sassy and taken over the grass with new thorny runners. I’d cut a few runners and drop them in a pile, then rake them up and toss them into the bin. Unfortunately, the thorns would often stick in my rubber gloves, and the runners would tumble outside the bin. Rake, rake, toss. Rake, rake, toss.

I’d take off my muddy and splinter-filled gloves and sip my drinks, enjoying the blue sky above with its puffy clouds and the sweat that ran down my face. I sat in my secret garden and watched little juncos and chickadees hop from branch to branch in the treetops, making their way cautiously to the bamboo birdbath, just two yards from my chair. They’d cling to the edge of the birdbath’s bowl and dip their tiny beaks into the water, all the while chattering with little clicks and beeps.  I’d sit still and smile at their little show.

When I finished my break, I put my gloves back on and walked to the edge of our hillside, bathed in the golden sunlight of midday. I pulled out some metal tiki torch holders that I’d used to brace the red-flowering currants when they were short and spindly. I crouched down to yank some buttercups. I kneeled on the damp grass. When I removed a few clumps of buttercups, I could see another plant. What could it be?

I kept weeding and saw that there were three plants there with waxy green leaves. The stems were a deep red. I traced my finger up to the top, and there was a round pink ball – an unopened peony!

I ran to the other side of the house to find my husband.

He’d been working on refinishing a coffee table. “A bunny nest?” he guessed.

He guessed a few more times, unsuccessfully. Finally, I beckoned to him so he’d follow me. We got to the edge of the lawn, and I pointed out the lone peony. This closed pink bud was a sole survivor. It was just one of many rhizomes that Mark’s mom had wrapped in faded newspaper and shipped to us from Nebraska four years ago. They were unique flowers, part of Mark’s Grandma Hazel’s garden.

The peony is a hardy plant, and it should have bloomed sooner. I should have a yard full by now. But a couple of obstacles prevented that.

The first obstacle was mold. I’d left the rhizomes packed in the newspaper-filled box on my deck, hoping to plant them in the spring. I’d set the box in a corner under the eave, out of the way of the wet winter weather. Even so, it was just the right set of conditions to cause the rhizomes to mold. In the spring, when I reopened the box, I was saddened and disappointed in myself. Since that time, Mark’s parents had moved from their homestead in Nebraska to Grand Junction, Colorado. There was no way to replace the damaged peonies.

By a stroke of luck, the following spring, I was able to strip some of the moldy pieces of the plant away and salvage three or four rhizomes. I thought they’d have a pretty good chance of survival, so I put them in the front yard near the Nootka roses and the red-flowering currants. And to my surprise, the leafy plants began to grow.

That brings me to the next obstacle, the lawnmower.

The following spring, Mark didn’t notice the peony leaves mixed in with the insidious buttercups at the edge of the lawn. Then, when he finished mowing, I noticed that the short peonies were gone. I’d since given up on growing peonies and figured there were none left in my yard.

But this year, by some miracle, a single and special peony decided to grow. It was luscious and pink and smelled like heaven.

“Ah!” Mark exclaimed, noticing the perfect round bud. He smiled. He knew that flower was special.

I was overjoyed. I hastily grabbed a windchime and pressed it into the ground nearby, staking the flower to secure it. As another means of protection, I put a small concrete birdbath in front of it. No lawnmower will destroy this sweet and beautiful bloom.

“The peony wins,” I said to Mark, happy to discover this new little secret in my garden.

2 thoughts on “My Secret Garden”

This site uses Akismet to reduce spam. Learn how your comment data is processed.